Diablo Wiki
Register
Don't have an account?
Sign In
Advertisement
in: Sourced by Book of Cain, Locations 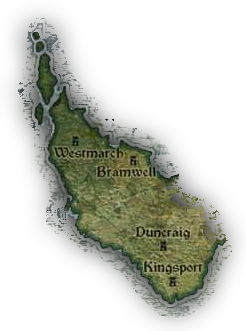 Westmarch is one of the Western Kingdoms along Entsteig and Khanduras. The name may alterantively also refer to the kingdom's capital of the same name. Founded by the Zakarum warlord Rakkis during his crusade and named in honor of his march west, Westmarch was quickly modernized and lived through a period of thriving development, eventually becoming a nation of commerce and trade. The influence of Zakarum has faded in recent years, but Westmarch remains a strong nation largely left untouched by the recent troubles of the world, and one of the last prosperous kingdoms on Sanctuary.[1]