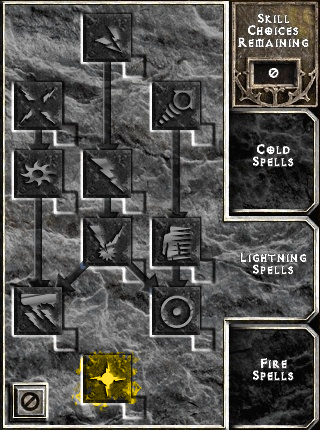 Lightning Mastery is the crowning achievement of the Sorceress' Lightning Spells skill Tree. With every skill point invested, it increases the damage of Lightning Spells significantly, making it a must for any lightning-specializing Sorceress.

The final step in mastering the destructive powers of the firmament, this skill gives a Sorceress finer control and mastery over her powers. Once she has reached this point in her studies, she can begin to rival the powers of the Heavens themselves.[1]