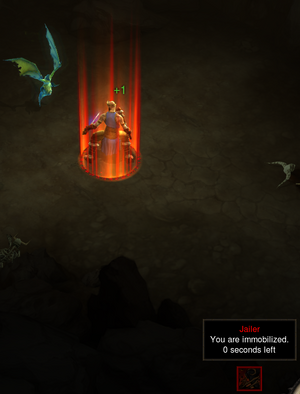 The Jailer trait gives monsters the ability to immobilize the Hero in a conjured prison. The effect is brief, but can be broken by some freedom-of-movement skills such as Spirit Walk. It can be particularly deadly when combined with traits that leave damaging effect on the ground such as Desecrator, Plagued, or Arcane Enchanted.

This trait can occur only for monsters equal to or greater than level 31.[1]