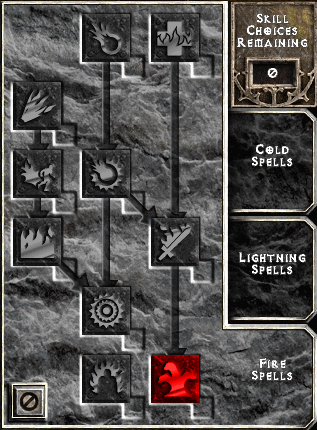 Hydra is the Sorceress only summoning skill. When invoked, three serpentine heads of flame arise from the ground, shooting one bolt of fire each repeatedly until their time duration runs out. Several can be summoned in succession, although there is a slight cool-down period. Each skill point invested increases their damage.

This skill enables the Sorceress to summon a beast of pure flame from the core of our world. The Hydra, allies of the Zann Esu women for generations, owe their freedom to the actions in ancient times of the renowned Sorceress, Habacalva. They never fail to answer a call from a proven Sorceress, and stand ready to spit bolts of scorching magma at her enemies.[1]