Followers can either be temporary NPC's that will travel and fight along the player's side, or more persistent types akin to Hirelings in Diablo II. An example of the followers were shown in the first gameplay video as two archers followed the Barbarian and attacked the enemies close to them. Persistent Followers were later unveiled in an official video featuring three different archtypes.[1]

These followers are only available in solo play; if another player joins the game, the Follower will head back to their caravan and will not be available until there is only one person in the game again.[2] Players will have access to all three of the Followers, though only one can accompany the player into battle at a time. Players are able to switch out their Followers when at their caravan. All three Followers will level automatically with the player, even when not being used, and should keep up with the player's level. Followers cannot die; instead, if the Follower's health drops to zero, he or she simply gets knocked unconscious and the player will suffer a 15 to 20 second downtime while the Follower recovers. Players can revive their Followers faster by channeling on them. Followers are intended for Normal difficulty play; they will become increasingly weak throughout Nightmare, becoming all but unusable by Hell difficulty.[3]

At levels 5, 10, 15, and 20, a new tier of skills becomes available for the Follower. Players will be given a choice of three different skills per tier and may only have up to four active at a time.[4] The skills offer a range of interesting ways to improve the Follower's roles in healing, damage, or tanking, or even support the player by providing buffs and debuffs. 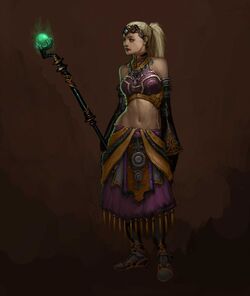 Eirena: the Enchantress is a magic caster, with skills such as ranged magical attacks and crowd control abilities. 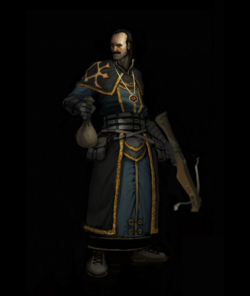 Lyndon: the Scoundrel is a ranged physical fighter. Wielding a crossbow, the Scoundrel will keep away from the fight and pick off enemies from a distance. 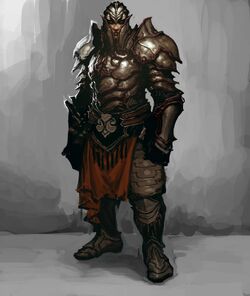 Kormac: taking the role of a Paladin like character, is a front-line fighter. The Templar can soak up large amounts of damage or stay in the back aiding with heals and other support skills. The Templar's class-specific items are Templar Relics.