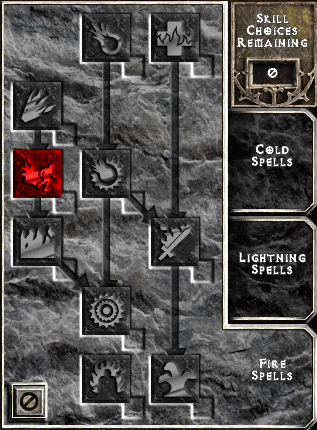 Blaze is a skill some people might recognize from Diablo II's opening cinematic - it causes a trail of fire to follow in the caster's wake, incinerating following monsters. Mostly due to poor enemy AI, monsters will follow and trail behind you as you run, walking and baking at the same time. The period of the fire trail's length increases with each skill point invested.

Using this spell, the Sorceress ignites the very ground she walks upon, leaving behind a blazing wall of flame.[1]